is often described as everything except the content of your communications. You can think of metadata as the digital equivalent of an envelope. Just like an envelope contains information about the sender, receiver, and destination of a message, so does metadata. Metadata is information about the digital communications you send and receive. Some examples of metadata include: 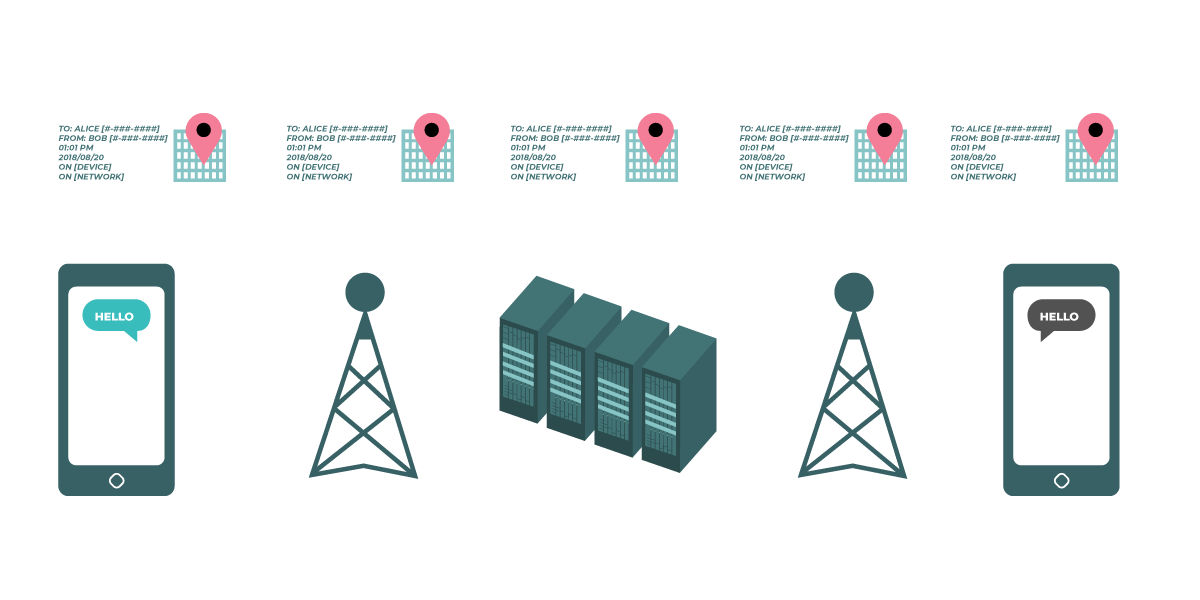 Historically, metadata has had less privacy protection under the law in some countries—including the U.S.—than the contents of communications. The police in many countries can obtain the records of who you called last month more easily, for instance, than they can arrange a wiretap of your phone line to hear what you’re actually saying.

Those who collect or demand access to metadata, such as governments or telecommunications companies, argue that the disclosure (and collection) of metadata is no big deal. Unfortunately, these claims are just not true. Even a tiny sample of metadata can provide an intimate lens into a person’s life.  Let’s take a look at how revealing metadata can actually be to the governments and companies that collect it:

It can be difficult to protect your metadata from external collection because third parties often need metadata to successfully connect your communications. Just like a postal worker needs to be able to read the outside of an envelope in order to deliver your message, digital communications often need to be marked with source and destination. Mobile phone companies need to know roughly where your telephone is in order to route calls to it.

Services like Tor hope to limit the amount of metadata that is produced via common online communication methods. Until laws are updated to better deal with metadata, and the tools that minimize it become more widespread, the best thing you can do is to be aware of what metadata you transmit when you communicate, who can access that information, and how it might be used.